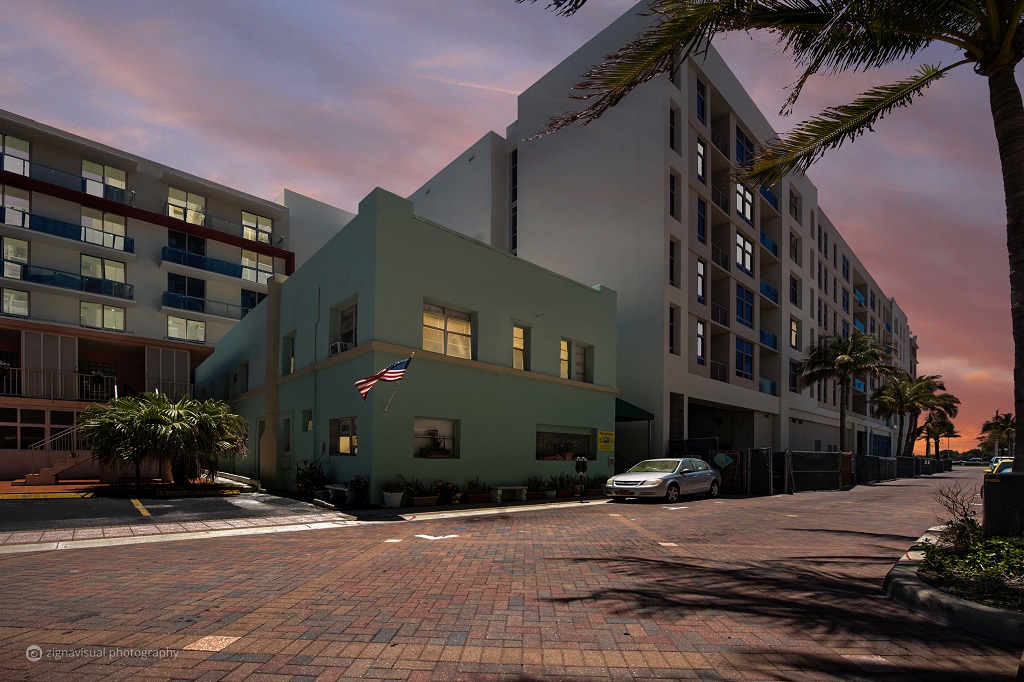 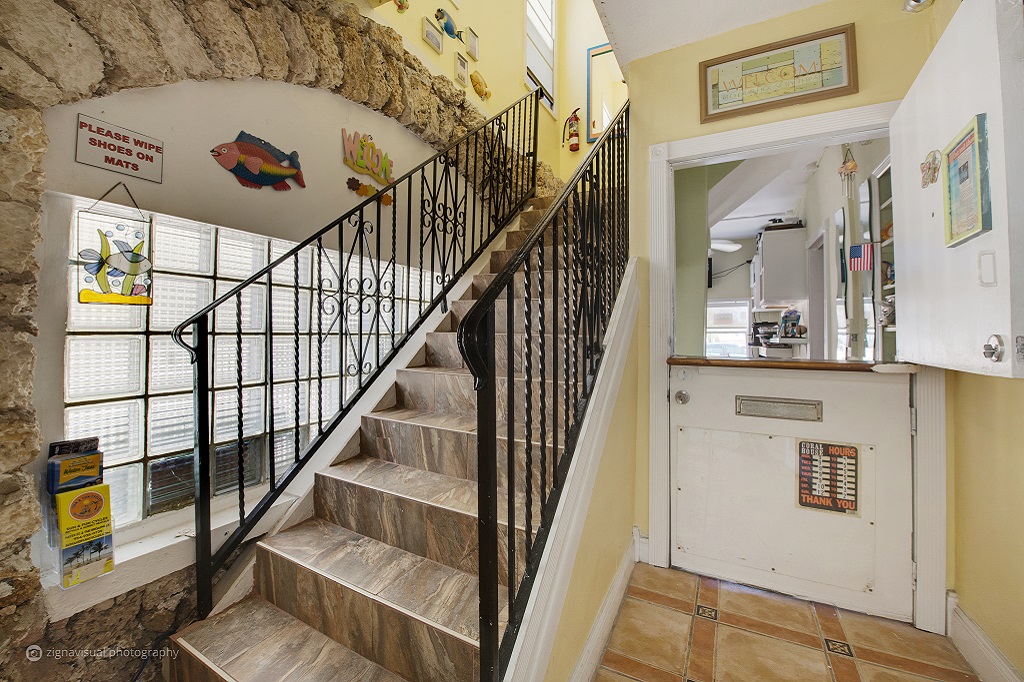 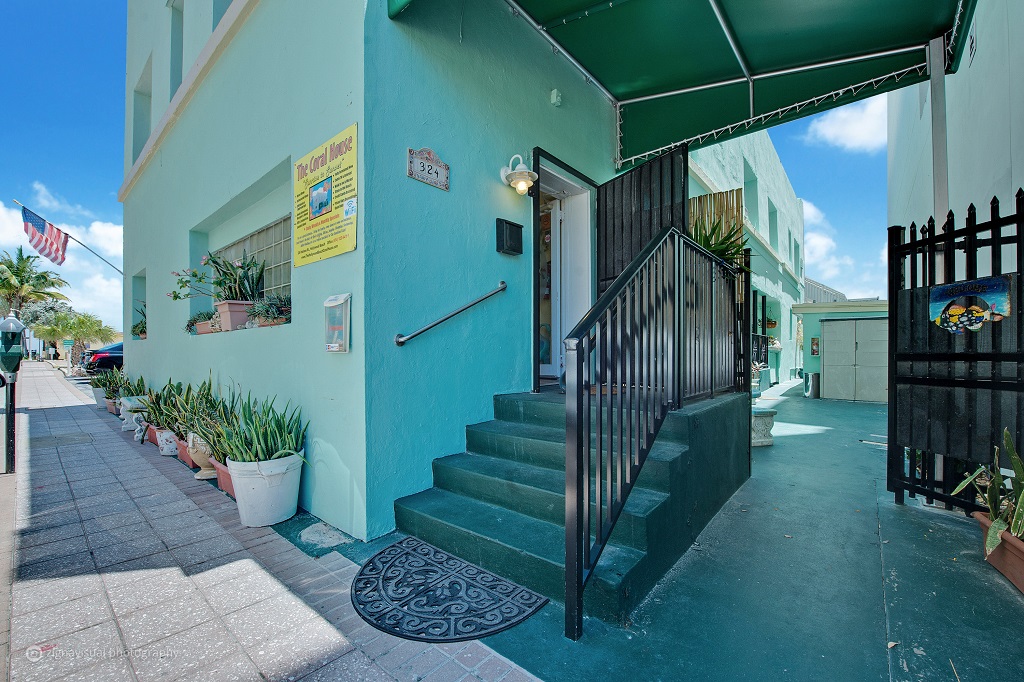 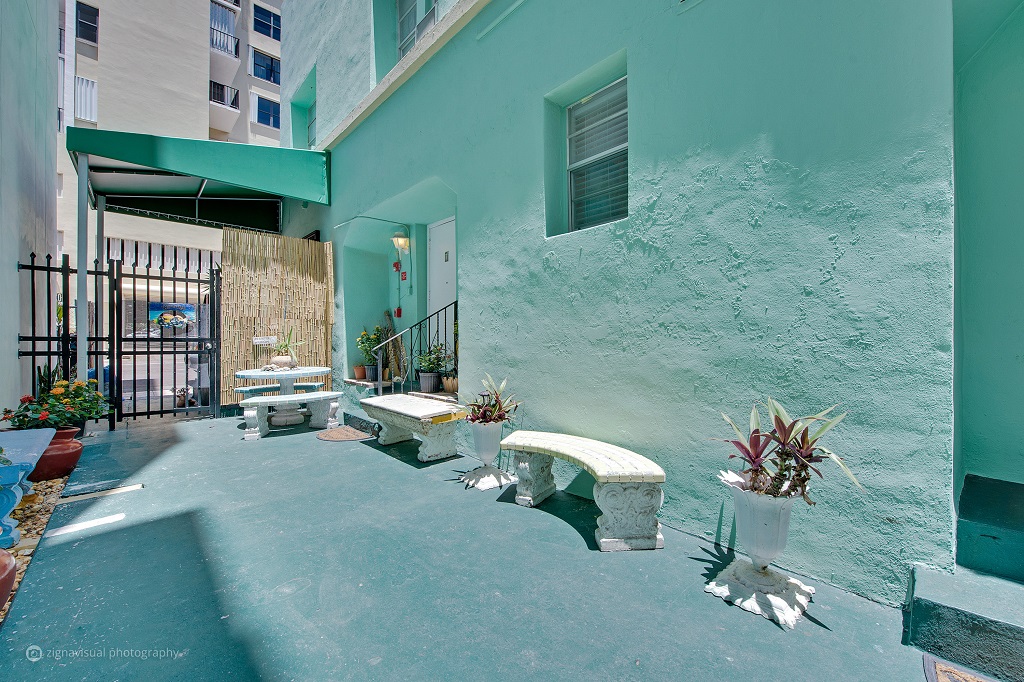 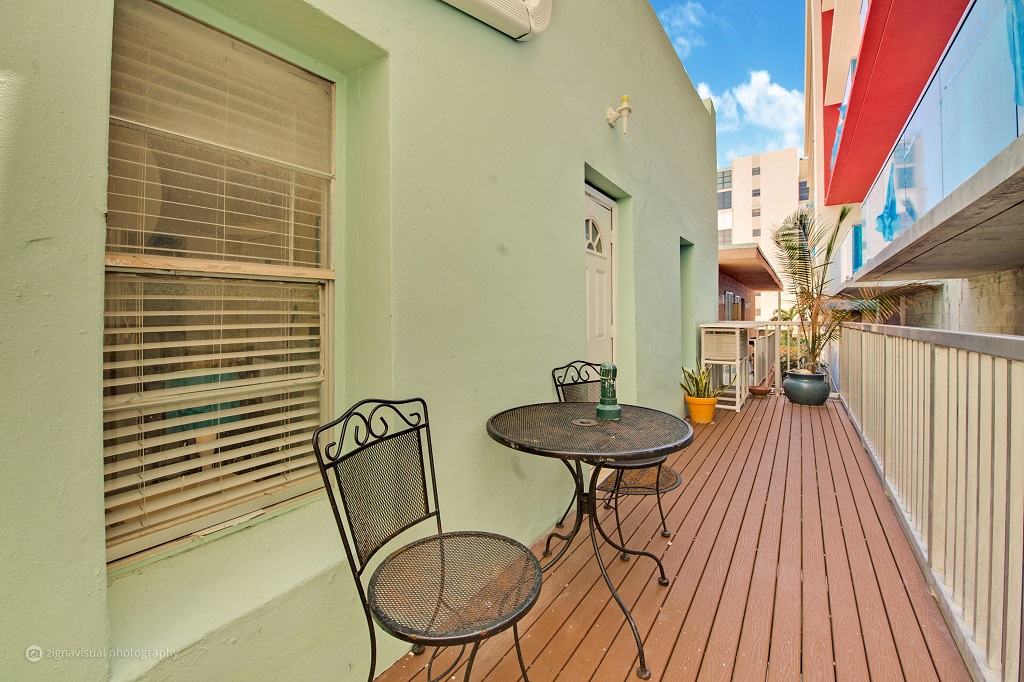 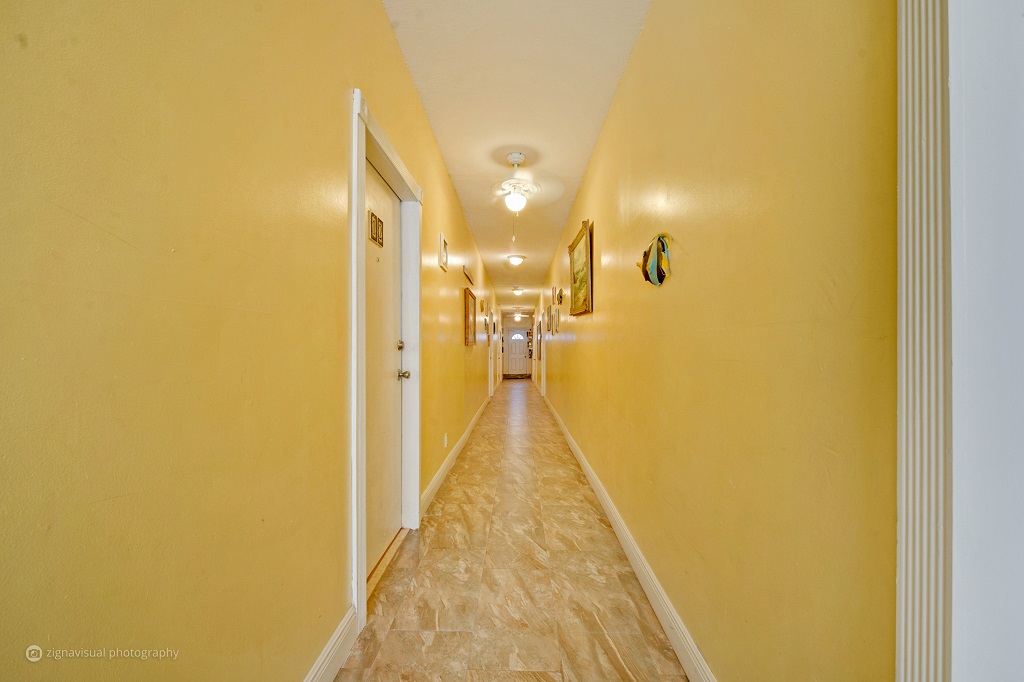 The Coral House Hotel is one of, if not the, oldest building on Hollywood Beach. It was built using oolite limestone (coral rock) in 1924. Originally constructed as a single family beach home, a second story was added in the mid 1920’s and it became the Gulfstream Hospital, a small local children’s hospital, operated by Dr Harrison Walker.

In the early 1930’s it was converted to a hotel (The Gulfstream Hotel) and has been run as one since that time under various owners. Sometime in the 1960’s the coral rock external façade of the building was overlaid by stucco – now its present appearance – but the Coral House name remained with the property. If you look closely in some of the window frames or the under stairwells, you can still see the coral rock underpinnings of the building. The present owners acquired the property in October 2005 and have been steadily making improvements to the property since that time. 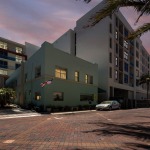 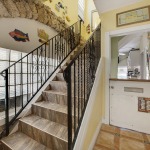 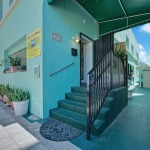 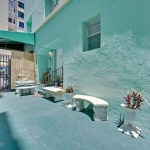 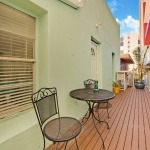 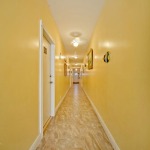