Authorities hope this photo will help clear up the disappearance of a Hollywood treasure hunter.

Ed Guerin, Hollywood Beach’s best known treasure hunter, is missing and law enforcement needs your help. He was last seen in the ocean off Pierce Street with his underwater metal detection gear. The last person to see him on August 3rd  said Ed was excited about finding his 3,432,581th Corona bottle cap. It broke his one day record previously set July 4th, 2005.

After an exhaustive land and sea search failed to find Guerin, a missing person alert was sent out nationwide and his picture was placed on 2% Fat Milk Cartons in nine southern states. The photo included here is the last known photo of ‘Fast Eddie’ and was taken just minutes before he disappeared.  “I don’t see anything in the photo other than the Great White Shark fin that would be cause for concern,” said Hollywood Lifeguard Chief, Bruce Wilke. “It’s a real mystery.” 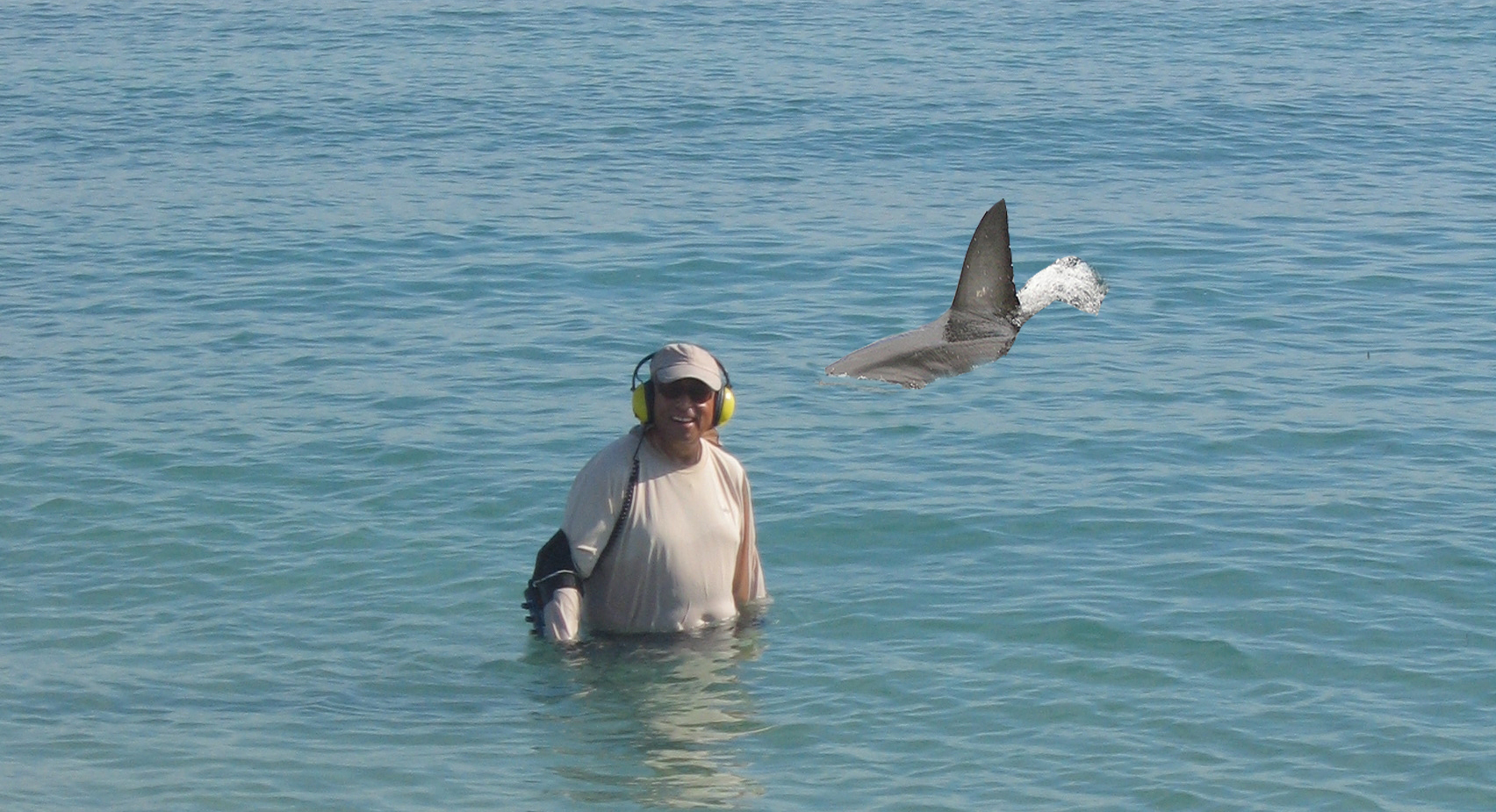